The most loved show of the Indian television has completed five years recently. And just when we thought the show couldn’t shock us anymore, it came out with a WTF twist. Colors popular drama show produced by Rashmi Sharma Productions, ‘Sasural Simar Ka’  is quite known for its bizarre plots and is very popular in the Indian households. If you are a devoted fan of this show, this post is not for you. I seriously doubt the existence of all the people who actually sit and watch each and every episode daily. I mean, do they realise, this time once gone won’t come back!

Indian TV shows aka daily soap operas are known for its bizarre plots, turns and twists. But this show has broken all the possible records of stupidity and idiocy. With each passing day, the show has just got horrifyingly terrible. Let’s have a look at the times when the show made us go, “WTF!!!”

The show wasn’t terrible from the start. In fact, it started as a wonderful show with the message of woman empowerment. It focused on the journey of an ordinary young small town girl, Simar who wanted to be independent even after marriage by highlighting the fact that women should follow their dreams even after marriage. But with time the show has changed its course completely.

The show has been copying storyline plots from everywhere around the world. The current plot is “inspired” from the Telugu hit movie Eega, which was renamed in Hindi as Makkhi. There was a plot copied from the Mahabharat where Prem traded Simar in a game with Rajeev. (No, I don’t watch the show! I just did some good research!)

Recently, one of the promos of the show was highly inspired by the trailer of Game of Thrones. How did the writers think they could get away with this!?!

If you think, this is bizarre, wait, there is more! The lead of the show has visited heaven and hell too! Yes, actually visited! There have been visits from the “Patali Devi” who has tried to kill someone from the show and in order to defeat the ruler of hell, Simar herself decided to go to hell! On her way back, she took a round trip of heaven as well! I had no idea there was a transportation service available from earth to heaven and hell! What’s the bus number?

No it’s not over! Apart from these, the show also has had naagins and nevala’s. I have no f****ng idea what the plot was and why this happened! There was a sequence where one of the male lead died and turned into a snake and then after few days became a normal man again. Are you serious!!! 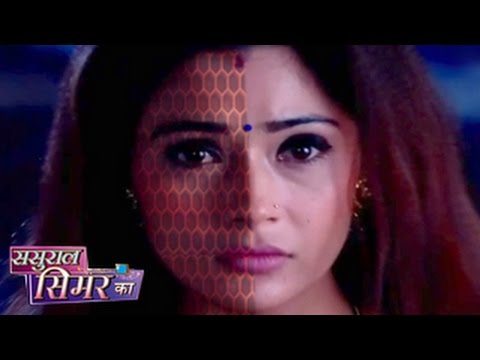 There was an episode where Roli killed a black cat after which bad luck entered their pavitra house. It followed by the entry of a Dayan. And then, more stupidity followed.

There was an original plot about some magic mirror. Wait, have I heard this somewhere else?

Gods and goddesses have also visited the show. There have been regular visits by some random ghosts too who be like, “I was just passing by, thought of stopping and saying hello!” But this is quite normal in the Indian TV soap opera shows. Apart from this, returning back from the death is also another common factor in day to-day lives.

The family members have been possessed by evil spirits every now and then. And guess what, there was a sequence where the mother in law aka the mataji started acting like a don/gangster after being possessed and in order to get her back to normal Simar consumed poison.

The current track focuses on the lead turning into a fly after being cursed. Simar decided to save an angel that is about to die in her house. During the attempt, she somehow manages to disturb a rishi who gets angry and decides to turn her into a fly. The show is now going to focus on how “the fly” aka the daughter in law of the house will be able to convince the family members that she herself is Simar. I mean, WHAT!!!!

The internet is filled with meme’s of the show. The world has gone crazy and Twitter was trending with Sasural Simar Ka’s WTF Promo!

I don’t hang out with my celebrity friends publicly, but this one just flew out of nowhere!#SasuralSimarKa pic.twitter.com/JJNukYttCy

So next time when you feel embarrassed or bad about yourself, just think about the actors of Sasural Simar ka and think how lucky you are!

2 thoughts on “Ten Shades of WTF with Sasural Simar Ka!!!” 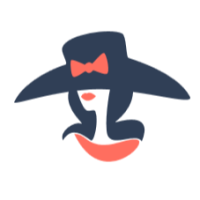 I am an Indiblogger

Pollo Lasagna 🤩
Thank you @hometesterclub_india for this product. @lakmeindia has really launched a wonderful concealer which is perfectly suitable for Indian skin tones. It is one of the best concealer for Indian skin in the market. Lightweight, easy to blend and also has a smooth texture. Really happy with it. 🥰🥰 Recommend it! 👍👍
Yummy! #paneerbuttermasala
#Art enables us to find ourselves and lose ourselves at the same time
Because when you stop and look around, this life is pretty amazing! #naturehub #photooftheday #nature #naturelover #igdaily #igers #picoftheday #instapic #instamood. #instagood #bestoftheday #landscape #igersnature #planetearth #indiblogger #theconfusedmango
Evolve Organic Beauty African Orange Hand and Body Wash is delicately fragranced with warming blood orange and vanilla, with notes of spicy black pepper and cedarwood. Review coming up soon on www.theconfusedmango.com @evolvebeautyuk #bblogger #lblogger #beautyblogger #chic #bbloggers #beautyaddict #beautyblog #igers #igdaily #instadaily #beautyblogger #beautybloggerlife #beautybloggers #beautyguru #hudabeauty #instabeauty #instamakeup #lashes #lips #lipstick #evolvebeauty #natural #skincare #styles #stylish #organic
%d bloggers like this: